6 weavers are in the tropical 'golden' weaver group, ie they are yellow or golden with varying amounts of orange, and no black or brown masks. The Cape and Bocage's Weavers are similar, and are thus added in the list below.

Holub's Golden Weaver is easy to distinguish from these weavers by its heavy bill and pale eye, and has minimal overlap in range with the above 3 species.

The Orange Weaver occurs from West Africa to Lake Victoria, and overlaps with Holub's Golden Weaver, but not with the other weavers shown above.

The Principe Golden Weaver, Cape Weaver and Bocage's Weaver do not overlap with any other golden weaver.

There may be an unrecognised species in Tanzania, known locally as the Ruvu Weaver, to add to the difficulty of identification of the golden weavers in East Africa. 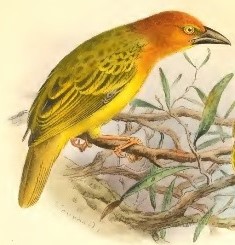 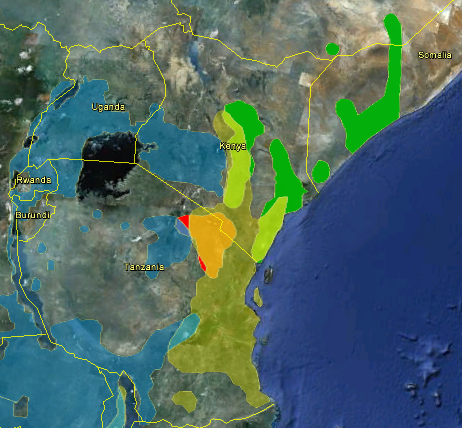 Note that Golden and Taveta Palm Weavers do not overlap in range, but both overlap with Eastern Golden Weaver.