Pyrrhula albifrons Vigors, 1831, Proc. Zool. Soc. London, p.92
The Thick-billed Weaver was first described in 1831 by Vigors from a specimen from the vicinity of Algoa Bay, E Cape. The first illustration of this species was by Swainson (1838) who provided a line drawing of the head of a Thick-billed Weaver, showing the very large bill. Soon after this, George Henry Ford painted the species for Andrew Smith (1840).

Identification and sexing:The heavy bill in this species is distinctive. The male in breeding plumage is identified by the white forehead and white wing spots; the female and young birds are streaked below and brown above.

This species is common along the coast of eastern South Africa and extends inland to Gauteng. One colony that has existed for many years is in the Botanic Gardens, Pretoria. 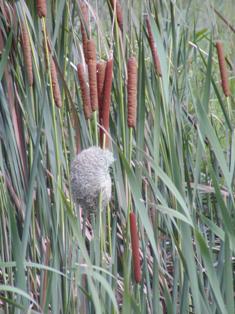 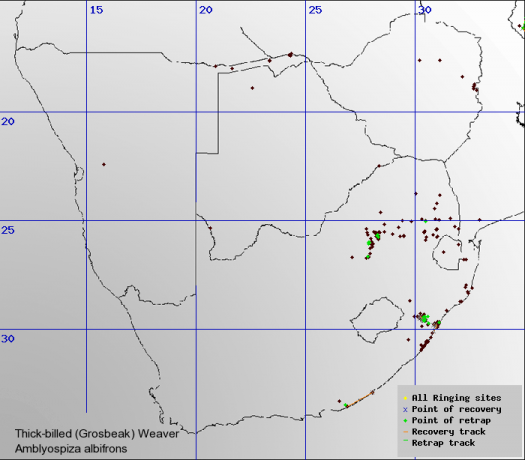 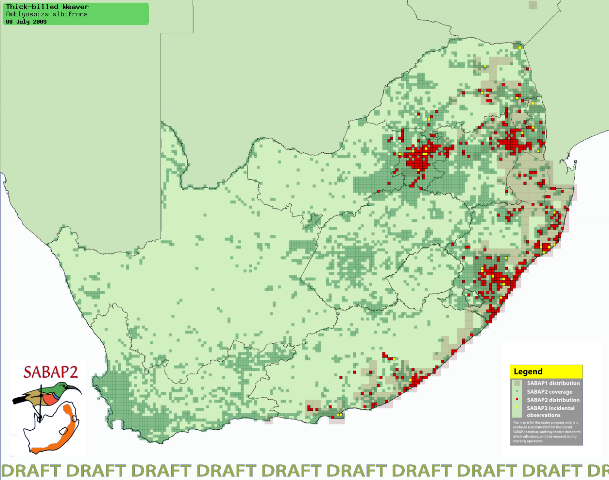