Red-billed Quelea in the Western Cape

The Red-billed Quelea, a major pest species, is expanding its range into the Western Cape. Sightings should be reported at the ADU Special Watch page. The results will be visible on the map below. You can also enter year values to see sightings from different time periods (enter the same year twice to see results for a particular year).

New sightings should be reported at the ADU Special Watch page.
All these records are shown in the map below. Early ringing and SABAP2 records are included, but not more recent ones. If you have ringed or atlased a quelea in the Western Cape, you should still submit a Special Watch record (and include more details).

Map of Red-billed Quelea distribution in about 1991 (SABAP1 atlas) 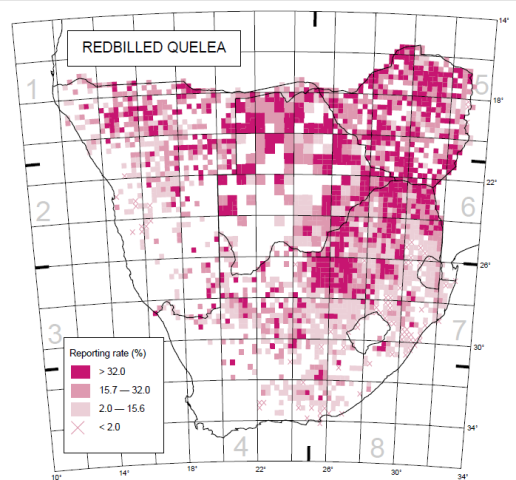