A new study has been launched to ring weavers in a way to maximise data for geographic variation in survival rates. Weavers are fairly easy to catch in large numbers, making them ideal candidates for large-scale studies. Species that could work well include Southern Red Bishops and Southern Masked Weavers. The key is to ring at sites where weavers are often recaptured. Ringers are able to contribute to this project in their normal ringing sessions.

To measure geographic variability in survival rates of weavers in southern Africa over 3.5 years (2009-2012).

Ringers are encouraged to take part in this project. Please follow these guidelines:

Benefits for ringers who take part

You will be contributing valuable data!
You will be acknowledged in papers published and on the project web
There will be some prizes (categories still to be determined)
An attempt will be made to raise funds to reimburse ringers for rings used

To register for this project

Email Dieter Oschadleus with the following:
Your name & ringer's number (include other ringers if working in a team)
Site name and coordinates (1 or more sites, but within 5km of each other)
Weaver species that you expect to ring (50-100 or more per year) and retrap in sufficient numbers


Sites that have been registered 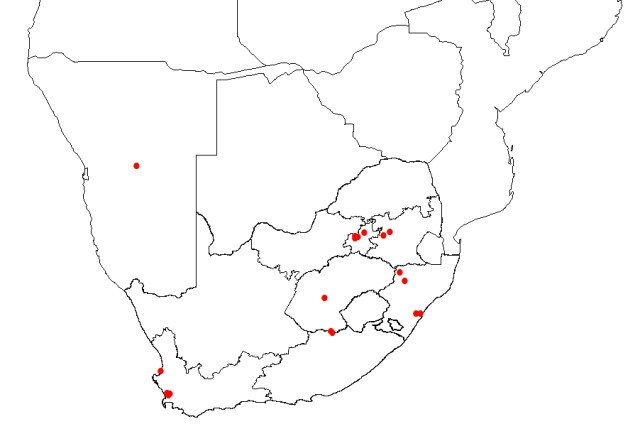 
The table below shows the top recapture rates for several provinces. Ideally for this project ringers will try to increase the recapture rate instead of only trying to ring as many birds as possible.
Note: these are not automatically registered sites. They are examples of recapture rates that can be achieved.

[data will appear once data has been submitted]

The headers below refer to Weaver News items featuring SESAW. Click on a header to see the News item, which includes the full news item. (The number in brackets is the date that the news item appeared on Weaver Watch).