Sporopipes squamifrons (A. Smith), 1836, Rep. Expd. Expl. Cent. Afr.: 49
The Scaly-feathered Finch was first described in 1836 by Andrew Smith after his trip to the interior. In Smith's type description he gave the locality as 'South Africa'. In his diary he noted that he first saw the species on 19 March 1835 near the Moshawing River, Kuruman at c.26°47’S, 23°20’E (Oschadleus HD. 2007. The type-localities of six of Sir Andrew Smith’s Ploceidae specimens. Bull. Brit. Orn. Club 127:145-152). In Smith’s Illustrations (Smith 1844) he provides the first ever illustration of this species and gave more details about the bird.

Identification: Easily identified by its small size and plumage, especially the malar stripes and scaling on the forehead. There is no seasonal change in plumage.

Ageing: The young bird lacks the malar stripe and scaling on the forehead, the bill is dusky or horn-yellow.

This species is common throughout its range in southern Africa. Nests are placed in thorn bushes where they are well protected from predators. 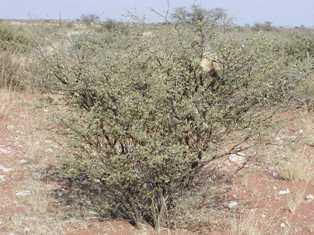 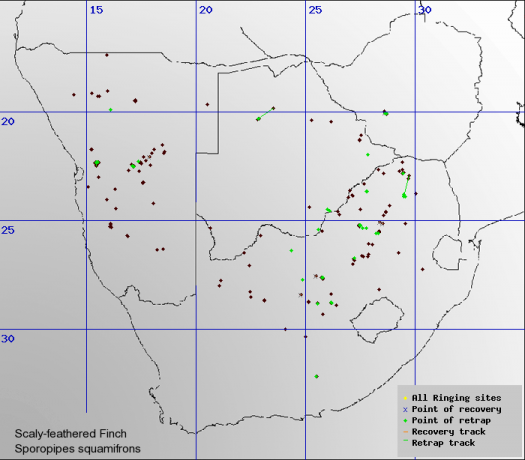 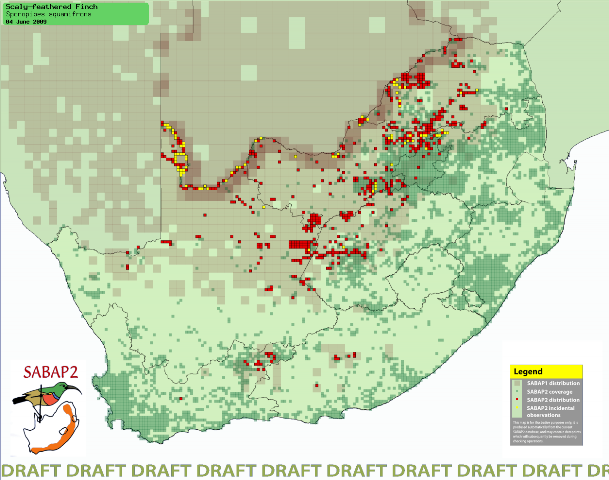