Anaplectes rubriceps (Sundevall), 1850, Oefv. K. Sv. Vet.-Akad. Forhandl., vol. vii, p.97
The Red-headed Weaver was first described in 1839 by a French collector, Lafresnaye. He used the name Ploceus melanotis which was pre-occupied (already used) and thus is invalid even though this particular is no longer in use. The first valid scientific name to be used was by Sundevall who described several specimens collected by the Swedish big game hunter, Johan August Wahlberg, in November 1843 at Mohapoani (North West Province). Read the full taxonomic story here. In Smith's Illustrations (Smith 1844) he provides the first ever illustration of this species and gave more details about the bird.

Identification: Identified by its slender orange-red bill and yellow edges to the primaries. There is a seasonal change in plumage in males. Males have a red head in summer; females and non-breeding males have a yellowish head.

This species is found at in scattered localities in its range in Africa. One colony that is easy to watch is in Letaba campsite in the Kruger National Park. 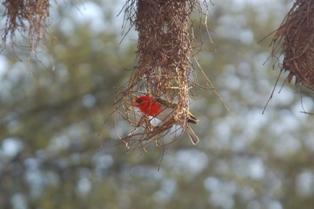 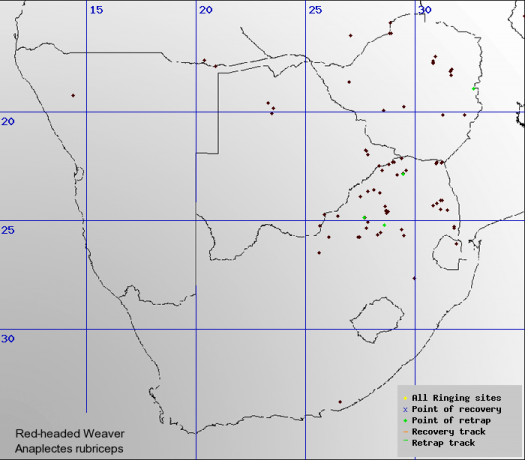 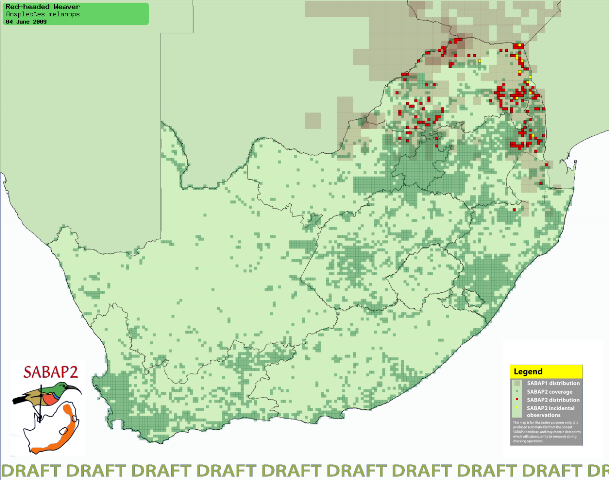