Natal dispersal in weavers on the Cape Peninsula

A new study has been launched to see how far weaver chicks move after leaving their nests. Southern Masked and Cape Weaver chicks will be ringed in the 2009 breeding season (August to December) on the Cape Peninsula. Mistnets will be used in 2010 to try to recapture the ringed weavers. In a feasibility study during 2006-2008 a total of 278 weaver chicks (121 Cape, 157 Masked) were ringed and 20 were racptured (7 Cape, 13 Masked). In this new study, many more chicks will be ringed over a wider area, with more systematic coverage. The study area is approximately from Rietvlei south to Kommetjie, and east as far as the N7.
To become involved in this project, see email below and calendar of ringing events in cape Town. 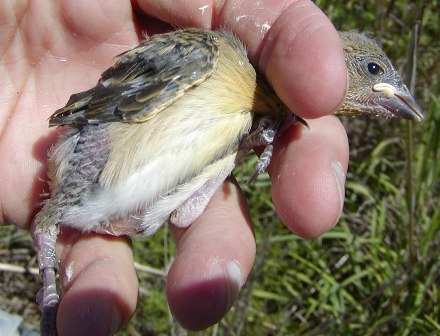 In the table below the totals are shown for Southern Masked Weaver (SMW) and Cape Weaver (CW). The tables will be updated weekly. The Cape Peninsula has been divided into 10 grids to include most weaver colonies (see map below).

Sites showing weaver colonies on the Cape Peninsula, and the ten grids (G1 to G10 top to bottom, left to right) 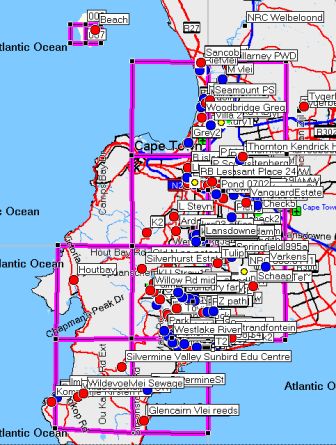 More photos may be viewed here.

The headers below refer to Weaver News items featuring this project. Click on a header to see the News item, which includes the full news item. (The number in brackets is the date that the news item appeared on Weaver Watch).